Volleyball is a team sport that imbibes positive vibes in team relationship and improvises the communication skills. The upper body strength increases and gives a whole lot of fun to the players. This following article will teach your how to play volleyball. 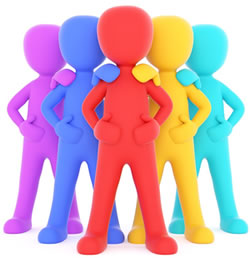 Choose the players: For this type of competitive game we will need at least 6 players. We must keep equal number of players in both the team even when we are playing among our friends.

A good service game is not possible if only one player is allowed to serve. Rotation is a very important in how to play volleyball 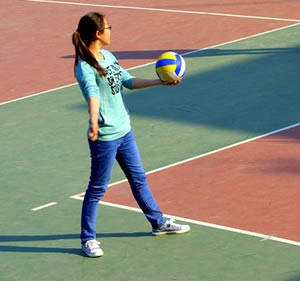 We should always serve the ball from behind the line which is at the back of the court otherwise if we serve it from front of the line we will not score any point. This fault is called foot fault. This is one of the errors made in such games and we should be careful about it. If the ball after the serve touches the net it will be another error. The serve is said to be good if the ball lands on the ground in the opponent team’s court. This scores a point for the serving team. This is a vital point in how to play volleyball. 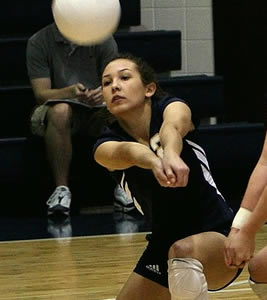 If the person is in the receiving team, we have to return the ball and the rally begins! We have to bump, set the target and spike. This is the typical game strategy but its good till it crosses three consecutive hits. 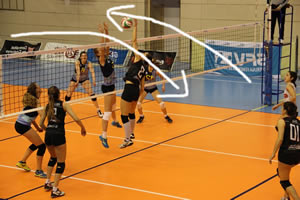 Basic Rules: Until a fault occurs we need to hit the ball back and forth to continue the rally because of any one of the following:

These are some of the errors which one should not make. These are the volleyball basics one should remember while playing. 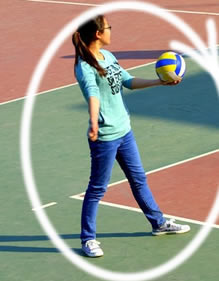 Serve the ball again: the team that has scored the point gets an opportunity to serve the ball. If are thinking of rotating, you should rotate now. These are good volleyball techniques.

You should continue playing until the threshold is reached. How many points we will allow for each game can be decided by you. When a team earns 15 points you can start a new game. This is very important in how to play volleyball. 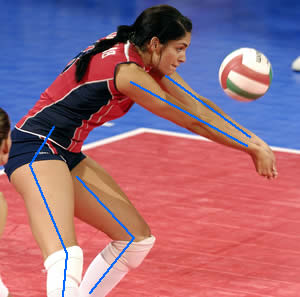 Learning the basic stance: You need to understand that when you are not serving its common to take a stance from the volleyball basics. Yourfeet should be placed in such a way that they are wider than your shoulders. Your knees should be bent and the whole body weight should be concentrated on your toes as you bent forward. Your arms should be free and it is in front of you. These are some of the basic body postures involved in volleyball techniques that are followed for playing a good game.

Practicing your serve well: In volleyball basics, serving the ball from anywhere behind the serve line and gets your ball over the net in the opponent player’s court and the rally is started. A serve immediately helps in scoring a point and is known as “Ace”. 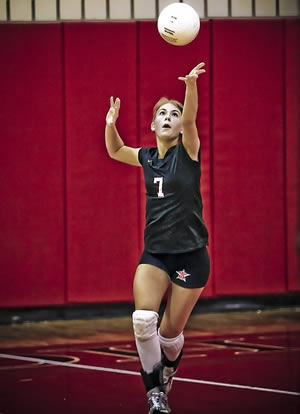 Overhanded serve: for experienced players, they can try this type of serve:


Underhand serve: For less experienced players, they can use this type of serve: 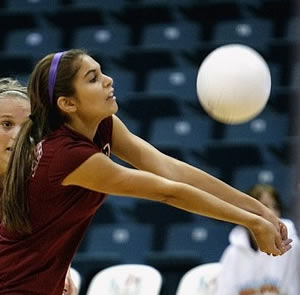 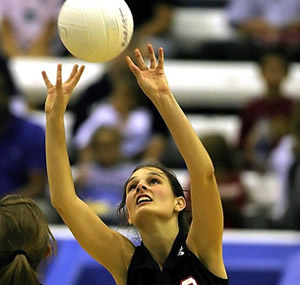 “Setting”: we use the set when we want to get the ball into the air and make another player to strike it or bump it. Volleyball techniques to set the ball: 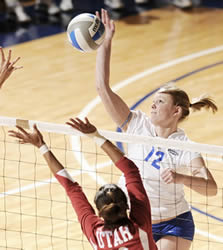 “Spiking” the ball: Spiking is an important aspect in how to play volleyball. This is also known as “attack” the volleyball basics to play the spike are as follows: 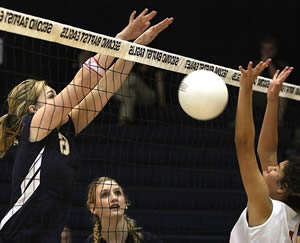 “Blocking” is one of the vital volleyball basics one should master. There are mainly two types of blocking: 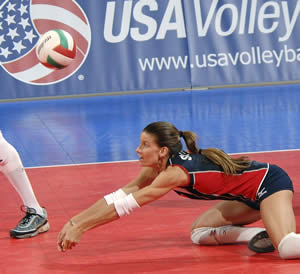 “Dig”: This is one of the volleyball techniques that requires great reflexes and agility. The digger saves the ball just right before it is going to hit the ground.

An outside hitter or left side hitter is a player who takes the position of front left side of the volleyball court, hits and blocks the ball from that position. On offense, the outside hitter is the main go-to-hitter and one of the main passers who pass the ball. He swings to hit the ball that approaches from outside of the court. This is one of the volleyball positions techniques that enhances the play of the team and can be very beneficial

Libero is a player who plays in defense from the back row and wears and opposite coloured jersey. He specialises in passing the ball received from pass, setting, digging, and free ball passing. He/ she is mainly a defensive specialist. This position was added to the game in 1999 to improvise the rally and digging skills and make the game more exciting. The libero should be master in volleyball basics.

The libero is not regulated by the rules of rotation and he remains in the game all the time. He / she takes the position of the middle blocker when they rotate to the back row and they cannot again rotate back to the front row. The person is chosen as a libero in the very beginning of the match or the tournament and no one can replace the libero for the entire match or tournament once chosen unless the libero is injured. If the libero is injured he/she is replaced by a player not present in the court. But then the new player should remain the libero for the rest of the match/tournament.

Setter is the player whose main responsibility is to hit the ball in second contact and strike the ball to the teammate for further attack. Thus he should know how to play volleyball properly with all its basics and fundamentals. The person is totally In charge of the offense. The setter decides when and who should get the ball. It is a very important position in this game. No matter how well skilled are the hitters but if there is not any good setter who can deliver good ball to hit then the team’s chances to lose will be maximum and they will have not have a good offense.

Apart from these important players there are Substitute players like the Defensive Specialist whose functions are same as the libero.International rules says that there can be only 6 players and the game allows unlimited substitutions.